10 Reproductive Diseases that Occured in Humans 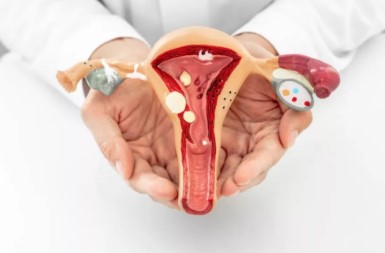 Reproductive diseases are diseases that occur in the reproductive organs. This disease can be caused by infection, hormones, genetics, and various other factors.

Infections that occur in the female reproductive organs can be caused by bacterial, fungal, viral infections, or a combination of them.

For diseases that are not related to infection, one of them can be caused by changes in the nature of the tissue to become too active to grow or what is known as a tumor.

The reproductive system itself differs between women and men. Each has its own uniqueness, so the diseases found can also be different.

Vaginitis is caused by an infection in the vaginal area caused by several microorganisms such as bacteria, fungi, and parasites.

This infection can occur due to lack of hygiene in the vaginal area, changes in the composition of the natural flora (bacterial community) in the vagina, or sexual intercourse.

If not treated properly, vaginitis can interfere with women’s quality of life. The most common symptom is vaginal discharge. This discharge is accompanied by itching or odor, and may be accompanied by a yellowish or greenish color.

Condyloma accuminata or also known as genital warts is a disease of the female reproductive system caused by a virus called human papilloma (HPV), generally a low risk type.

The virus is usually transmitted through sexual contact (especially those who do not use protection/condoms).

If not treated properly, genital warts can grow continuously into large, annoying bumps, sometimes itchy, annoying, sometimes painful and can hurt when rubbed under underwear.

Condyloma accuminata is characterized by the appearance of skin bumps. They can vary in size from hard-to-see nodules to larger, cauliflower-like (or chicken’s comb) bumps. These bumps can be itchy, but they can also be non-itchy.

What is meant by a cyst is a fluid-filled sac and an ovary is a reproductive organ that produces female germ cells/egg cells and female reproductive hormones. Thus, ovarian cyst is a disease of cysts found in the ovaries instead of the uterus.

This disease is caused by changes in the nature of the tissue to be too active to grow.

In a small number of cases, this change in nature can change again to become malignant where tissue growth becomes uncontrolled so that it spreads and damages other tissues/organs.

If not treated properly, ovarian cysts can continue to grow large to create a lump in the abdomen that interferes with other organs, and if the woman is pregnant it can interfere with the position of the fetus.

In some cases, ovarian cysts can twist and cause severe pain.

Symptoms of ovarian cysts can be a lump in the lower abdomen. These lumps can be small, or they can enlarge over time.

Cervical cancer is one of the most common diseases in Indonesia.

Cancer or malignant tumor is a disease in which body tissue is malignant or continues to grow uncontrollably and can spread and damage other tissues/organs.

The cervix or cervix is the part of a woman’s uterus that connects the uterus to the vagina.

With that understanding, cervical cancer is a cancer that originates from the cervical tissue of women.

Cervical cancer is mainly caused by infection with the human papillomavirus (HPV), especially the high-risk type, which changes the nature of the tissue in the cervix from normal to malignant.

If it is found at an advanced stage (the degree of the disease is already severe), the risk of causing death is greater.

Cervical cancer does not have symptoms until it enters an advanced stage. Symptoms that can be felt by women with cervical cancer can be a foul-smelling vaginal discharge, bleeding after sexual intercourse, and so on.

Pelvic inflammatory disease is caused by an infection that occurs in the fallopian tubes and ovaries in women, which are located in the pelvic cavity. The infection occurs because of bacteria that propagate through the vagina, such as chlamydia and gonorrhea.

These bacteria can be transmitted through sexual intercourse, especially those who do not use protection/condoms. If the disease continues, it can cause problems with severe infections, impaired fertility, and pregnancy outside the womb.

Problems with the penis include erectile dysfunction, penile deformity, and penile cancer. These conditions can occur due to sexually transmitted diseases such as genital herpes, HIV/AIDS, syphilis, and gonorrhea.

Given that this disease can be transmitted, it is very important to maintain the health of the reproductive organs by doing a safe sex. Because one of the consequences of this disease is infertility.

There are several types of prostate disorders such as prostatitis or inflammation of the prostate, BPH or enlarged prostate, and prostate cancer.

If the disease occurs, of course, it will disrupt the function of the prostate itself.

The prostate is a gland that encloses the male urinary tract or urethra. These glands function to produce seminal fluid, fertilize, and protect sperm.

This disease is an inflammation of the scrotal canal that attaches to the testicles.

Epididymitis can cause the testicles to swell and feel painful because the tube has an important role in storing sperm.

Some of the symptoms of epididymitis are bloody semen, pain during urination and ejaculation, and impaired fertility.

Hypogonadism occurs when a man’s body cannot produce the hormone of testosterone. If this condition occurs, it can interfere with sperm production and decrease libido.

It is not rare that hypogonadism disease results in infertility because the function of other reproductive organs also decreases.

This reproductive disease usually occurs due to a bacterial or viral infection.You should note that in this condition, orchitis can attack one testicle or both.

Almost similar to epididymitis, some of the symptoms that occur due to orchitis are swelling of the testicles that cause pain.

The long-term consequences of this condition are decreased testosterone production and infertility.

Here are some tips to prevent the occurrence of reproductive diseases:

Make sure to always clean your intimate organs, especially after urinating. The ideal way to clean the vagina after urinating is to wash it with clean water from front to back.

After that, dry the vagina by wiping it with disposable tissue. Next, the vaginal area is kept clean and not damp. You can change underwear periodically.

Some examples of foods that are very good for the reproductive organs are tomatoes, tuna, and mackerel because they are rich in good nutrients.

However, if you have other favorite foods that are also rich in nutrients, you may also continue to consume those healthy foods.

Reproductive diseases are also prone to occur because of bacteria that are transmitted through sexual intercourse.

Having sex with more than one partner carries the risk of exposure to more bacteria that can be transferred during sexual intercourse.

Thus, it is very important to avoid the habit of having sex with different partners without protection.

Isn’t it really easy to maintain the health of the reproductive organs? Yep, just start with good habits.

After trying to manage your lifestyle, do not forget to regularly consult a doctor. No need to worry, you do not have to bother going to the doctor for a consultation!

SmartRSCM, an application from SiapDOK, is now available that makes it easy for you to consult a reliable doctor from RSCM anywhere and anytime.

Just download the SmartRSCM app on the PlayStore or App Store, then you are already connected to the experts.